What to Expect during a Workers' Comp Deposition

Wondering what to expect during a workers' comp deposition? A deposition is a meeting in which the insurer will ask questions and gather information, but it is not an interrogation. Mr. Fisher can answer any of your questions and provide counsel to protect your rights.

Gilbert Fisher: Well, a deposition is kind of a fancy term that we use in the legal field to describe what is a very simple process. It's this process where the insurance company sends a representative to ask an injured worker about their claim. So because the injured worker has an attorney, they can't just call them up on the phone and ask questions. The injured worker has the right to have their attorney present when they're being asked those questions. And secondly, because we don't want there to be any question later on as to what was asked or what was answered, a court reporter is brought in. They're a neutral party, who sits there and listens to everything, and writes it all down, so that later there is no dispute as to what was asked or what was answered. And lastly, the insurance company wants to make sure that the injured worker knows that this is a serious process, and so they have the court reporter administer the same oath that you'd take as if you're testifying in court. And so you're under penalty of perjury, just as if you were testifying in court in front of a judge. And those elements make up a deposition. But in reality, it's much less formal than testifying in court. It usually occurs in our office, or maybe the office of the defense attorney. It's just the injured worker, and us as their attorney, the court reporter, and whoever the insurance company sends, usually their attorney. It's informal in that it's not like an interrogation session. You're free to get up and move around. If you need to take a break, get a drink of water, and of course, at any time during the deposition, if you have questions, you can ask your attorney, and step out and talk to your attorney in private. So a lot of people get this notice of a deposition, and they're pretty anxious about it. But it really is a commonplace thing. It happens in many cases. And it really just boils down to the insurance company coming and asking some questions about the claim. Narrator: If you, or a loved one, need help with a workers' compensation issue, call our office today. 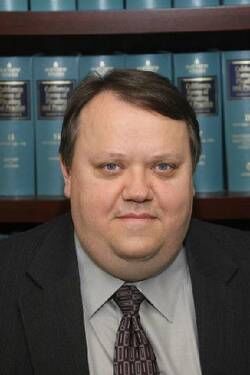